All crazy about Shakespeare 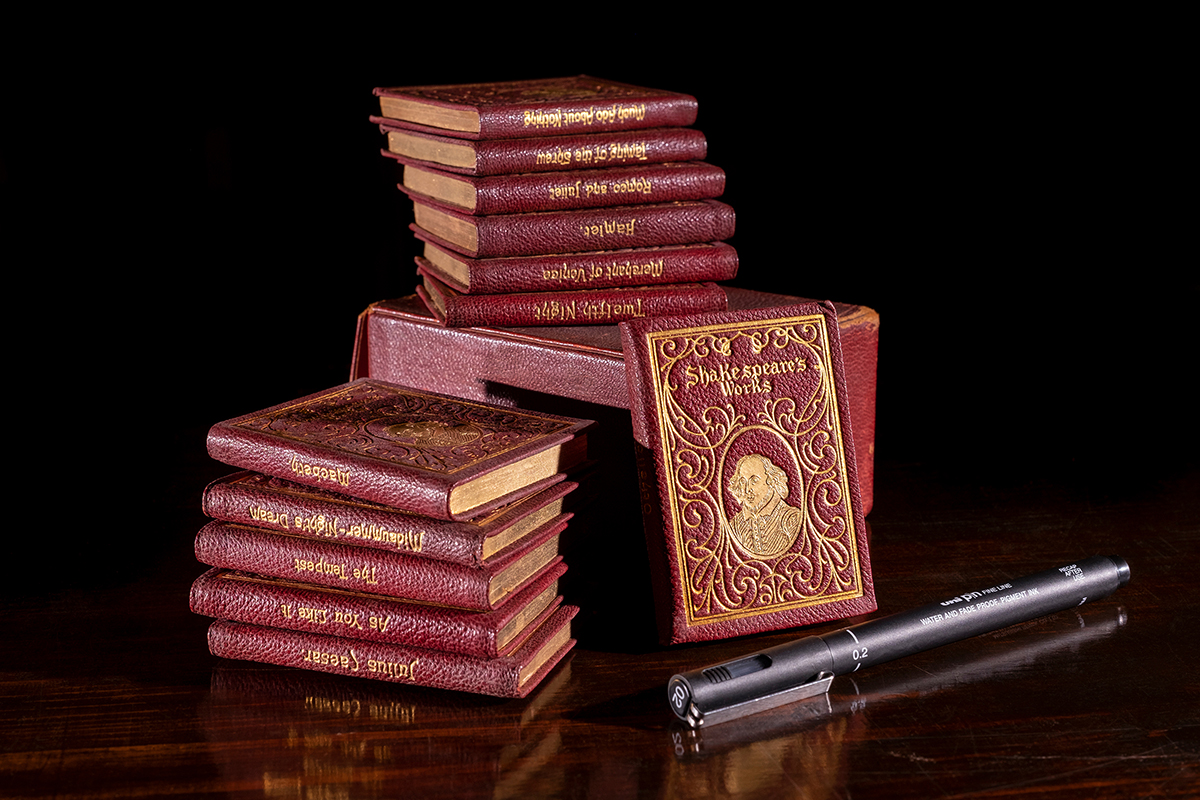 08 Jul All crazy about Shakespeare

Posted at 11:51h in Scaffale by Diego Pizi 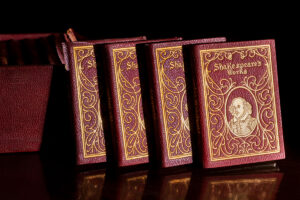 Taking the traces of the path we began to follow regarding the story of the miniature book or, if not the story, at least the most important collection that were made in such format we realize that, of course, much attention is immediately paid to the great classics of literature. It was between the end of the 19th and the beginning of the 20th century that a real craze began to spread, especially in England, for the father of English literature, namely William Shakespeare: in the span of about twenty years there have been countless small-format editions of this author.

Between 1880 and 1920 Shakespeare’s complete works were published by nine different publishing houses, only to remember the most important. “Shakespeare’s Complete Works” by David Bryce & Sons in 1904, in 40 volumes including the glossary and better known as “Ellen Terry Shakespeare”. The edition is, in fact, dedicated to actress Ellen Terry, well-known actress of Shakespeare and one of the most famous of her time. In 1904 the woman made a tour appearing in Shakespeare’s works and therefore is very likely that the publication of this miniature set could have been conceived in conjunction with her tour. 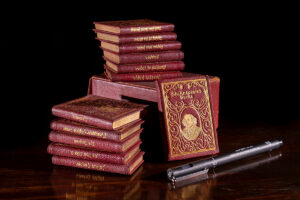 This greatly favored the success of this collection but, on the other hand, the merit must be given to the publisher David Bryce who decided to specialize in the publication of miniature books: during his long career he publishes over 40 titles. It is also interesting to pause on the technique he used to reduce larger volumes to the smallest format imaginable, namely photolithography, a type of photo reduction that uses electric plates.

Another aspect that helped Bryce achieve success was the fact that he was able to maintain strong ties with the printers associated with the university of Glasgow and Oxford. This ensured a high level of quality as regards the clarity and readability of the texts. Fundamental was the collaboration with the Oxford University Press that managed to create ultra-thin opaque sheets called “Indian Paper”: this paper allowed the production of extremely small text blocks. 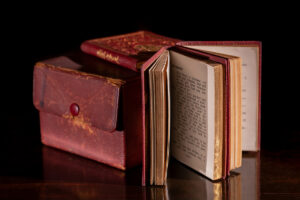 The Knickerbocker Leather & Novelty Company in New York also published in 1910 the miniature works of William Shakespeare entitled “Shakespeare’s Works”. These minuscule volumes in 64°, in which change the color of the leather of the outer covers, were presented in box set of 12 or 24. The collection kept at the library Titta Bernardini in the version of 12 volumes, is presented with the binding in red leather adorned with elegant gold friezes and characters, as well as in gold are the cuts; the characters used in the texts are tiny but of exceptional precision and cleanliness. The 12 volumes are kept inside an elegant box, also in red leather, to make the transport more comfortable and at the same time guarantee a better conservation. 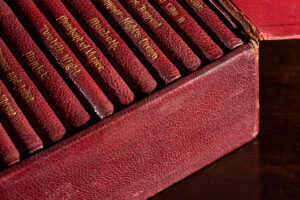