The Oltremare series: the world inside a matchbox 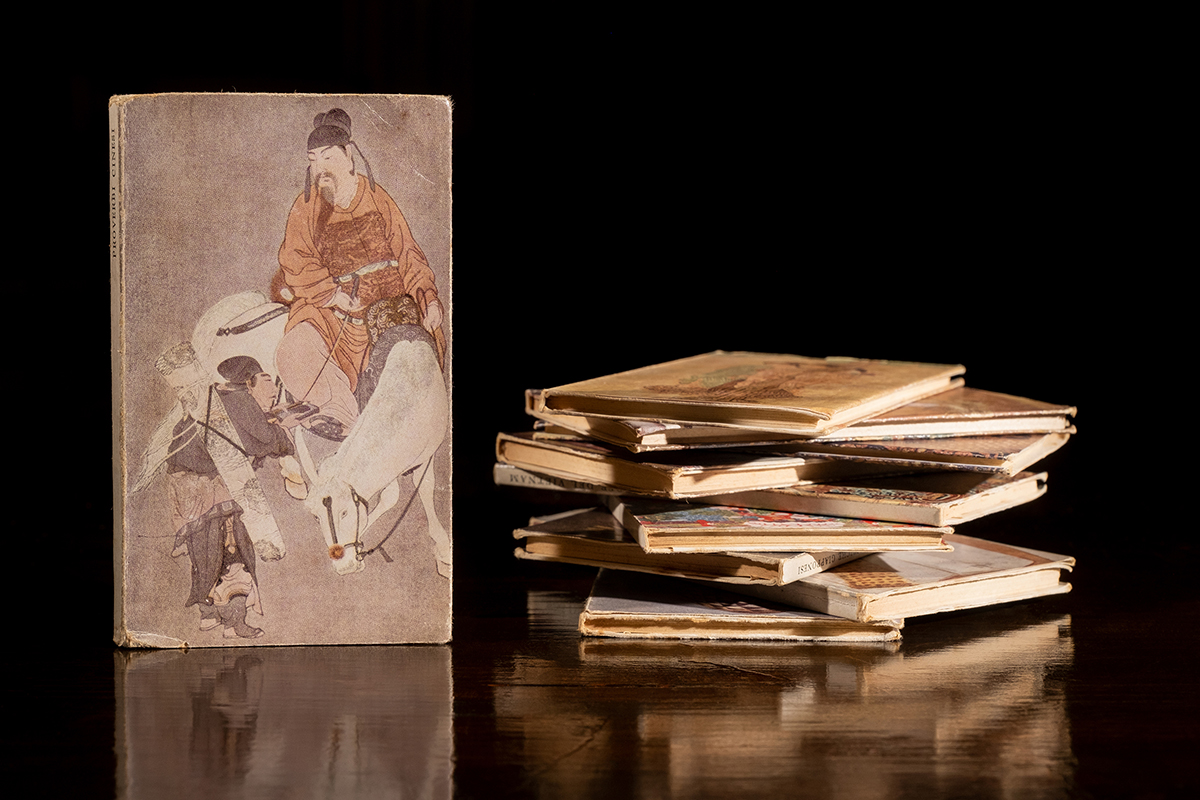 31 Aug The Oltremare series: the world inside a matchbox

Posted at 11:48h in Scaffale by Diego Pizi 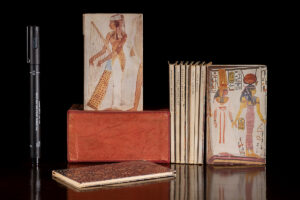 Between 1951 and 1966, publisher Vanni Scheiwiller started the “Oltremare” series and nominated the translator Giacomo Prampolini as its curator. The aim of this series was to explore the literary tradition, culture and costumes of populations that were very distant both in time and space. Taking a quick glance at some of the titles of this collection, housed in the Titta Bernardini library, the scope and vastness of this project becomes easy to grasp:
• chinese proverbs;
• 250 black africans proverbs;
• T’ang poems;
• 50 indonesian pantuns;
• Ancient Egyptian maxims;
• An introduction to the “nô” of E. Fenellosa E. Pound;
• Ancient Japanese lyric pomes;
• Ancient Egyptian love lyrics
• Chants of the Dalai-Lama;
• Stanzas from Vietnam.
From the Chinese to the Egyptians, Japanese to the natives of South America, from deep south Africans to the Vietnamese, no one has been overlooked or left behind, all thanks to the fine selection made by the curator appointed by Vanni Scheiwiller. In fact, Giacomo Prampolini wasn’t just a connoisseur of these populations, but an excellent translator, fluent in almost sixty languages.

Examining the aesthetics of these volumes, it is important to notice not only the accuracy and precision of the typeface, but also the covers, characterized by tasteful symbolic images and depicting the population in question. About the 32° (6 x 10 cm) format, it is worth remembering that this particular choice made by Vanni was inspired by a “useless” matchbox collection. The rectangular shape, the incisiveness of the images without header, even the boxset containing the volumes, it all refers to that very object.
It is with this small-size collection that the leadership of the “All’insegna del pesce d’oro” publishing company was handed over from father Giovanni to his son Vanni. The choice of format was a very important one for both, but while Giovanni used to favor the small size for its handiness, comfort and accessibility for all, somehow recalling the futuristic model, Vanni, on the other hand, used the small size to call on a return to a more classical, 19th century model, as an expression of a cultured and refined taste. 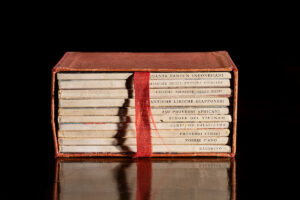 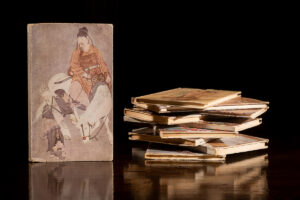 In closing, it is important to briefly remember the story of this publishing company that has deeply influenced the cultural history of the last century in Italy.
“All’insegna del pesce d’oro” was born in 1936 and takes its name after a famous trattoria in Milan, where Giovanni Scheiwiller, already a collaborator of the illustrious Swiss publisher Ulrico Hoepli, meets friends, writers and artists. Since its inception, it specialized on small size and multidisciplinary publications, bringing together literature, visual arts and non-fiction. Among the many authors that were published during this phase, it is important to mention the interest shown by Scheiwiller for 20th century avant-garde artists, from Severini to Soffici, Carrà and De. Chirico, for Hermeticism, for the work of Giacomo Prampolini and Leonardo Sinisgalli, in addition to the interdisciplinary dialogue between literature and painting, as in the case of the “Illustrata” serie, or between book and the art of photography, as we see in the “Occhio magico” serie. The breadth seems immediately wide and international, as proven by the collaboration of Ezra Pound and the publication of authors like Mallarmé and Rilke. In 1951, as previously mentioned, the company leadership passed on to Vanni Scheiwiller who started a sort of revolution of his father’s catalogue and brought All’Insegna del Pesce d’Oro/Scheiwiller at the top of of the small publishing industry with its refined and specialized angle. 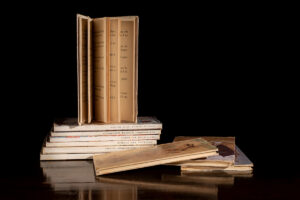